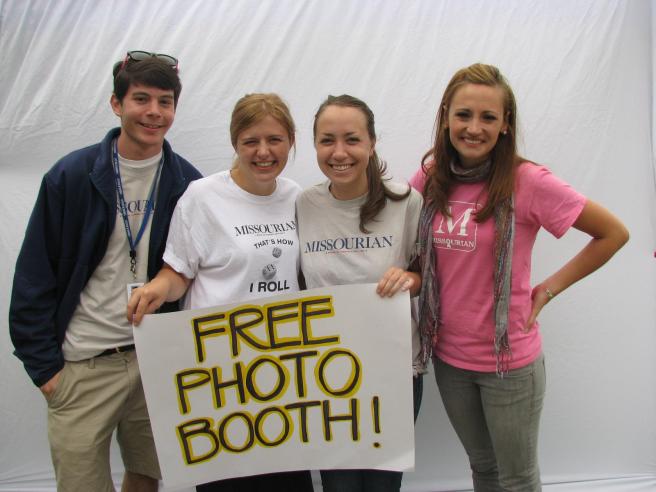 I worked on the community outreach team at the Columbia Missourian during the fall of 2012. The team works to bring users’ voice into coverage of events and issues and help find ways to better serve the community through the work of the paper.

Here’s a look at what I did while on the team.

1. One major project, based on Minnesota Public Radio’s Art Hounds, invited area artists and art-appreciators to submit art works, projects and events around town that they were especially jazzed about. I spent time promoting the project, handing out fliers at events and reaching out to individual people, and we ended up attracting a good number of participants. The project has continued and evolved since I left the Missourian. Here’s an example of a submission.

2. I added to the Missourian’s 2012 election coverage by seeking out people to respond to the prompt, why is it important to you to be politically involved? I was happy with how this added a community-centric aspect to our coverage of a big event that everyone would be following and ultimately affected by.

3. While on the team, I also helped compile regular analytics reports for others in the newsroom to use to help inform their coverage. An important piece of this work was not only to put the numbers and metrics out there, but to also explain what they meant, what could be extrapolated, and why it matters. Here’s an example of the data we provided and the explainer that came with it.

4. Another fun thing I got to do was attend various events to grab photos of community members in action. After I took the pictures, I handed participants a slip directing them to the Missourian’s Facebook page to tag themselves and peruse the others. I think this was a great way to get more people actively involved with the Missourian’s social media brand.